Posted by The Fiddler at 6:56 PM No comments:

Or does it? For past several decades an argument has raged between firearm enthusiasts over which is best for hunting - a light fast bullet or a slow heavy bullet. The idea of using light, very fast bullets started in the 1940s with the now infamous Roy Weatherby and his Weatherby Magnum rifles. Mr. Weatherby was a big believer in light fast – really fast – bullets. He is credited with starting the magnum caliber craze that still exist to this day, and his Weatherby Magnums are legendary for their power and speed. What really helped the magnum crazy was a rapidly growing improvement in optics. By the mid-1940s, and especially just after WWII, the quality of optics available increased exponentially. This improvement in optics allowed shooters to reach out and “touch” critters at ranges never before heard of. Suddenly shooting 300 - 500 yards at various game animals became very popular, especially out west. Leading this crazy was the drive for lighter bullets at faster velocities. By the end of the 1940s, the Holy Grail was a bullet pushed out the barrel at or above 3000 Feet Per Second (FPS). Leading this revolution was Mr. Roy Weatherby and his Weatherby Magnum calibers, whose formula was simple – light bullets in front of a lot of powder.
Many shooters are sold on the notion that a light really fast bullet will shoot really flat and upon impact knocks the snot out of anything it hits but, is that really the truth? For decades now hunters have believed that speed kills and to really reach down range and touch a critter with lethal results one needed a light really fast bullet. The theory espoused over and over, as noted, is light fast bullets shoot flatter and reaches the target quicker and with a lot of energy. Therefore one can extended their range and take really long shots at a critter. This goes back to my first article this year on Going the Distance, which you can read at my blog - http://fiddlin-around.blogspot.com/ - wherein I explored the controversy surrounding long range hunting. As I noted, lighter is not necessarily better when shooting at long distances in a hunting scenario.  Problem is a little factor called mathematics which gets in the way of the argument.
The guys and ladies who argue for light fast bullets express their argument in terms that speed equates to energy and energy equates to Kinetic energy, which then equates to stopping power. But, in their argument they tend to ignore Sir Isaac Newton’s notion of theory of momentum which I explored last month, (I hope your reading along). In simple terms to state his theory again, “a projectile will stop in an object when it has transferred its momentum to an equal mass of the medium.”  What many long distance shooters don’t realize is the lighter a bullet is the less momentum it has to “transfer.” Here’s where mathematics really gets in the way, as those who understand ballistics know that foot pounds of energy of a given bullet is expressed in the velocity squared. Therefore, lighter bullets are faster, but don’t carry as much momentum as they are given credit for. For example, a .308 diameter 150 grain bullet traveling at 3,000 FPS carries 2.998 foot pounds of energy, while a .308 diameter 200 grain bullet traveling at 2800 FPS – 200 FPS slower - carries 3,483 foot pounds of energy - a 25 percent increase in energy from a less than 10 percent drop in velocity. If you really want to see the whole picture, take a look at what the values are at 500 yards. That 150 grain bullet is down to 2124 FPS and only 1503 foot pounds of energy velocity, while the 200 grain bullet is traveling along at 1961 FPS and still carrying 1707 foot pounds of energy. Upon impact which one do you think is going to carry more momentum?
To reiterate my argument from last month’s article, in theory, the faster a projectile is traveling, the more energy it possesses upon impact, and that’s where many argue from, period. However, as I stated, bullet weight plays a major role in momentum. While lighter bullets within a given caliber can be driven faster at first because of their light weight they shed velocity - and therefore energy faster - which makes a big difference at longer ranges. On the other hand, heavier bullets - even though they typically start out slower - retain more of their velocity over a long distance; hence, they carry their energy farther. So it’s important to understand the distances you will be shooting so to optimize your bullet’s performance. Which brings up my next point that I always try to make – “...it’s all about the bullet.”  Both the construction and weight of the bullet are paramount in its performance.
Within a given caliber, the only way to make a bullet heavier is to make it longer. Going back to my .308 example, the 200 grain bullet is noticeably longer than the 150 grain bullet. The long bullet will have a higher BC, which means - while the bullet may be slower - its flight path will be truer and it carries more momentum to the target. That momentum equates to greater stopping power as the bullet will not only penetrate deeper but will create a larger wound channel, and don’t forget the hydrostatic shock. That larger bullet will also carry a larger ballistic wave with it, thus do more damage from the hydrostatic shock, which combines to create a cleaner, quicker kill. I don’t know about anyone who reads this, but I don’t enjoy tracking wounded critters. Hence, my personal preference, whenever possible, is to use a good quality heavy for caliber bullet.

Posted by The Fiddler at 5:49 PM No comments: 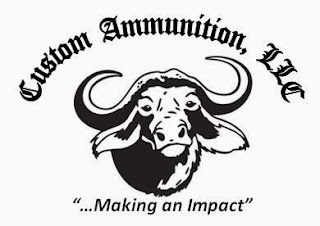 Recently a debate has come to the surface regarding some new technologies that make extremely long shots, while hunting, possible. An argument has ensued regarding the distance some hunters are shooting, in that, they are pushing the boundaries of what is considered fair chase. Bullet design and construction have grown exponentially in recent years, along with technologies surrounding optics and rifle construction. It's reached a point where some are taking shots that a decade ago where unheard of.  In some corners, the sophistication has reached the point where some hunters are referring to their firearms as "delivery systems" while taking shots at animals at distances of over a half a mile away.

Copyright fiddlin-around.com 2015
Posted by The Fiddler at 7:20 PM No comments: